I didn't blog last weekend. I blame Lani Wendt-Young. Yes, Lani! I know that may cause shock waves amongst her loyal fans and followers. But read on, and you will see that this is not a baseless accusation.

I was very careful not to offer to review this book prior to publication. Not to say I would have been taken up on the offer in any event. Having admired Lani and her blog 'Sleepless in Samoa' (in that order) from afar, I was dying to read her book. BUT how to go about it... what if I didn't like it?!? Super AWKWARD!!! I've never been the sort of person who can tailor my opinion to sound more positive than it really is. Also I was worried that if I was reviewing based on a book that had been given to me, no matter how much I liked it, the review may seem slightly sychophantic.

So I decided to be patient (which has never been one of my virtues). I paid my $5.99 on Amazon and instant gratification. Telesa magically appeared on my kindle. I know it has something to do with 3G, or radio waves, or mobile technology or something like that. Whatever. I prefer to think of it as magic. Because you're never too old to believe (and because technology is really not my strong point).

And I did believe. In Leila, Daniel, and of course the screamingly funny Simone'. The characters jump off the page. And that too is a little bit of magic. As I said on Amazon Leila's powers- of fire and earth, the power of volcanoes, is compelling and let's face it...pretty damn cool. Leila's struggle with finding her identity, and her powers, all while she falls in heady, heart-wrenching, love with the hunky Daniel, pulls you in, and doesn't let you go till the very last page.

'Telesa, The Covenant Keeper' is "Young Adult" fiction and it will clearly capture teenager's imaginations (and the imagination of those of us who are still children at heart).

Perhaps the thing I loved most about the book was that I actually forgot it was by Lani. I forgot it was written by a Samoan. Like any good book, I was caught up in the fantasy, in this other world. As I wrote on Amazon- Yes this book was based in Samoa. Yes it's by a Samoan author. But that background information was just that. This book transcends culture, it deserves a wide audience, and should appeal to fans of both romance and fantasy genres. The characters, rich and three dimensional, come alive under a hot tropical sun, even all the way over here in Sydney, I could feel the heat.

So back to not blogging. As a young mother (well my baby is young, and I'm pretending to be) I have very little spare time. And it is very, very, very hard to blog when you can't put a book down. Yes I mean physically unable put it down. I was discovering agility I never knew I had, slinging the baby under one arm, quickly handing him over to his dad, and diving under the duvet covers, hoping to hide, 'Telesa' in hand.I didn't have time to blog and I blame Lani Wendt-Young. And I can't wait till March till the second book in the series comes out, and I can blame her again!!!
Posted by Teine Samoa at 22:36 2 comments:

She works hard for the money 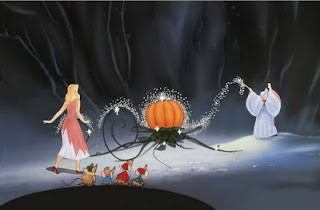 If you're a child of the eighties like me, it's likely that you danced around to Donna Summer's 'She works hard for the money' with a mop or broom in hand. Though perhaps not as likely to admit it (you are probably thinking 'Have you NO SHAME?!?' -The short answer is no, not really...but that is a different topic altogether). I think I first heard it watching some Disney show where Cinderella was dancing around to the song. Unfortunately I wasn't watching in Disneyland with Mickey in fulfillment of all my 5 year old fantasies. Rather I was in Samoa, with my head at an angle, trying to make out what was happening through all the 'snow' on a fuzzy tv screen, that was trying but not really succeeding, at picking up a signal from Pago. Nevertheless it had a big impact on me. Obviously I related to a girl who only had to do a bit of housework before being whisked away to a ball.

So, for my first week back at work after almost 7 months of maternity leave, it was the soundtrack in my head. I was rocking to it while I was in meetings, having serious discussions and generally being very busy and important! Of course my work is a lot different from Cinderella's. No chimneys or ashes are involved, my boss is no evil step-mother, my colleagues are not demanding step-sisters who need a reality check about their real charms, and (very sadly) there are no helpful little dancing and singing mice. Still, after 7 wonderful months of FREEDOM mat leave I expected to feel very sorry for myself.

But (to my surprise) it really wasn't all that bad. My office had physically moved to (very plush) new premises in my absence. So a lot of time had to be spent admiring the natural light and the panoramic views of the city (both of which were noticibly absent in the previous premises).


The first day my love, brought in the bub and a lovely picnic lunch, and took me to the Royal Botanic Gardens. The sun shone down and I susu-ed Lagi lying down on a picnic rug in the park overlooking the Opera House and Sydney Harbour Bridge. This was truly lovely except for the fact that I was competing with an ibis, and apparently my bub takes after the ancient Egyptians in finding them fascinating. After that first day though, my smart little one realised he had to make the most of the opportunity and would latch on with gusto every lunch time and when I hurried home to him every night. So though I missed him and his beautiful smile, I knew he was with my mum and his dad who love him almost as much as I do and who can look after him almost as well as I can.


Of course I was bombarded with e-mails *bing, bing, bing, bing*. But this was exciting as well as slightly overwhelming. It's amazing what excites you after you have been away from work for so long.


So it really wasn't all that bad. But it's Sunday now, and I'm looking down the barrel of another work week. And I find myself humming *she works hard for the money, so hard for it honey*.... and thinking 'Where's my bloody pumpkin?'